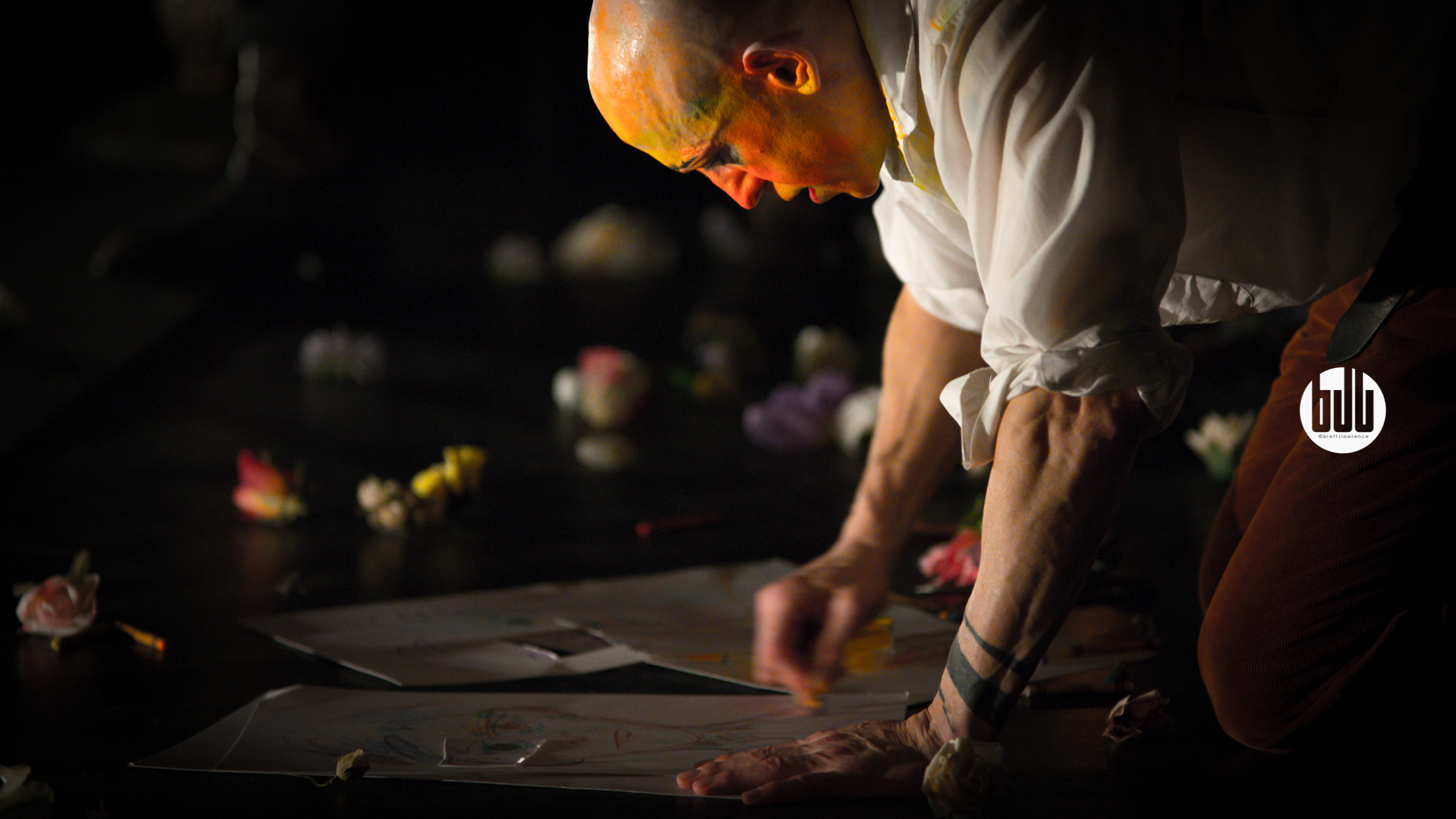 On Friday, June 29th, 2018, SATORI CIRCUS performed a new original performance art piece titled, ‘Stroke’ at the Tangent Gallery / Hastings Street Ballroom. Also performing was the theatrical rock performance group, The Haberdasher, from Port Huron, MI. This new show is one of many performances that will lead up to Satori Circus’ 30th Anniversary celebration in late September of 2018.The new piece ‘Stroke’ is based on a short story by Antonio Cosenza, a young Detroit writer, titled ‘The Painter’. In the short story you find a loner artist, trying to make things out of whatever he can find, and appropriate into his work; whether it be painting, sculpting, collaging, etc. He’s a starving artist, that might be of this era, or of an era that was a part of our early art history: the beginning of the 20th century. Maybe France, maybe Brooklyn, who knows. What you do know is it is a struggle. A struggle we are all too familiar with. A struggle about life, identity, moving on and trying to survive the path you’ve charted for yourself.

The people wouldn’t have known that he existed if not for his occasional visits to the
town square. He would walk, a vagabond, in tattered clothing through the town picking up
anything that caught his eye. He would appear a month or so later with paintings that were
identical to those very objects he had picked up weeks before.

Berries squashed to paint berries, grass to paint the land, brick crumbled down to paint
a house. Breaking materials down into pastes and applying them onto a canvas somehow made
him feel a part of something. You see, the painter struggled to feel anything at all, despite
viewing himself as a creator.

It took some time but eventually he ran out of things to paint. He became frantic and
desperate. Pacing around the room, a curious thought began to blossom. What was the
opposite of creation?

Hurriedly he gathered materials. Cloth, brick and even cut off strands of his own hair. He
went to work. Hours later he stepped away from the canvas. The image of a man alone, dead
on the floor stared back at him. It needed just one more thing. He positioned a stool in front of
the canvas and sat, facing away from his masterpiece, mirror in his left hand and gun in his
right. He placed the barrel in his mouth and fired.

For years the dead man in the painting waited, and watched as the smallest of plants
poked through the dirt where his creator once lied.